BIGSOUND is Australia's leading new music festival and industry conference held annually in Brisbane's Fortitude Valley, and it’s just around the corner! Kicking off on Tuesday September 3 until Friday September 6, over 150 emerging artists will be showcasing the best in new music.

However, seeing all 150 artists in four days is (probably) impossible. So to help you out, we’ve narrowed the list down to twenty must-see artists at BIGSOUND 2019 to help you out. 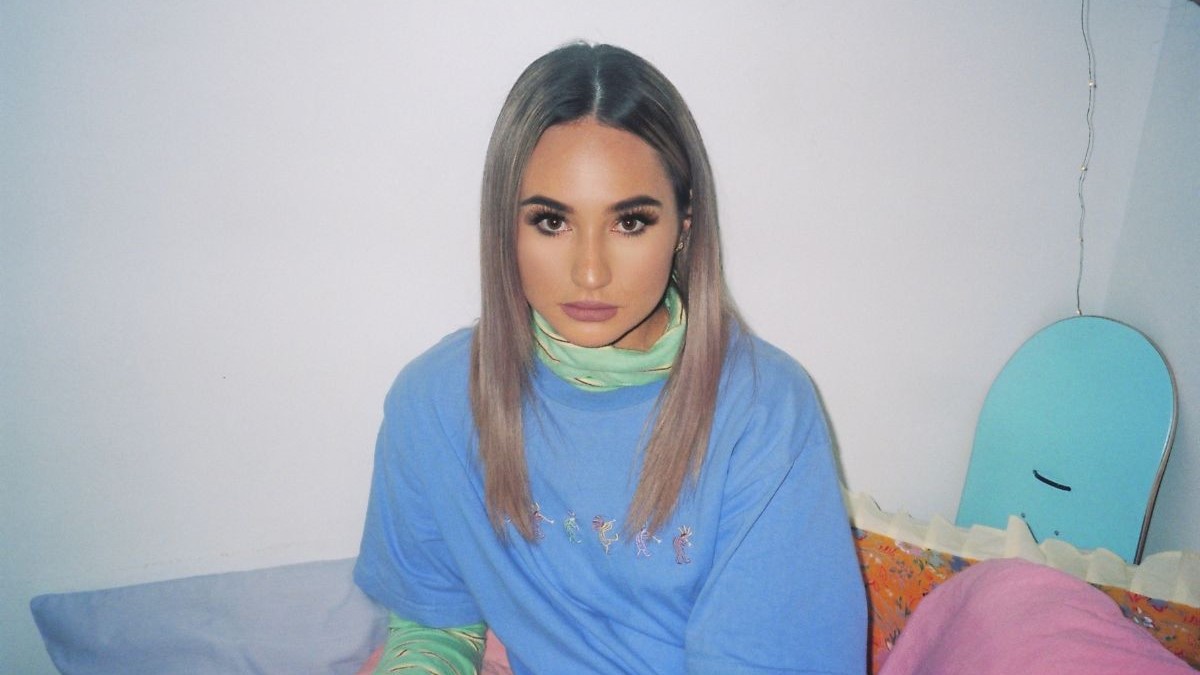 DVNA is a sassy, bold and intriguing project born within the depths of a Gold Coast bedroom in early 2017. DVNA certainly has been a ‘Girl On The Move’ in 2019, with her first two singles amassing over 1.4 million streams. Her latest track ‘Sushi In Japan’ is similarly on a roll,  featuring on Spotify’s ‘New Music Friday’, ‘Front Left’, ‘Pop Edge’ and ‘Indie Arrivals’ playlists. With more music on the way, DVNA is one of the hottest emerging acts in Australia. 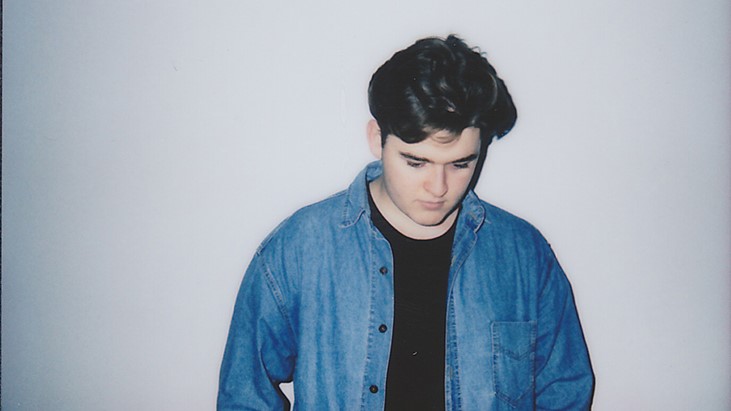 Brisbane's newest pop music prodigy, Marco, has been kicking goals all over the music world. His debut single, ‘When I Was A Ghost’, has reached over 250k streams, while his second single ‘Running’ has amassed almost 2m streams and landed on 10 Spotify New Music Friday playlists around the world. With ‘Running’ added to triple j Unearthed rotation, Marco has made himself one to watch. 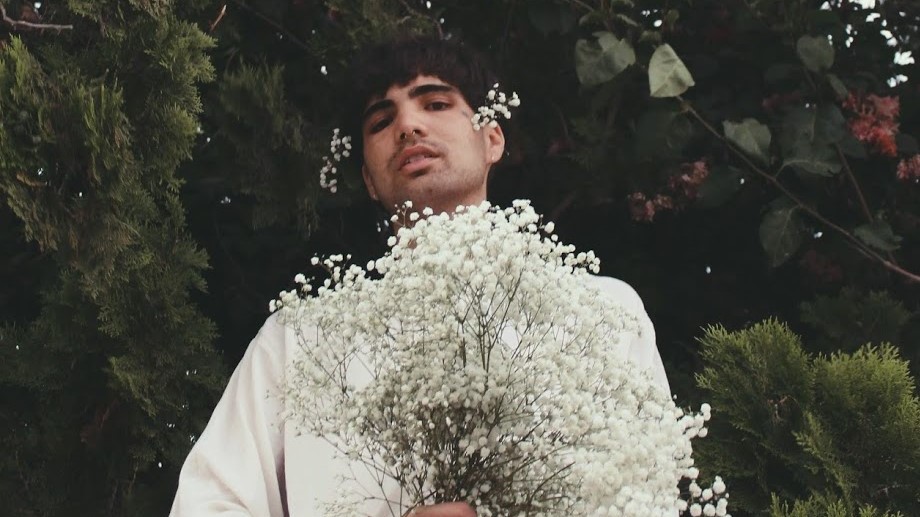 Oh Boy glided into our airwaves in May with the release of his debut EP Brentwood Heights, showcasing a unique atmosphere that glides between indie pop, playful hip-hop, and electro-piano ballads with collaborations aplenty. Taking his music on the road, Oh Boy performed at tastemaker festival, The Plot before joining Nicole Millar on a national tour. Oh Boy has made a name for himself as one of Australia’s most sought after producers. 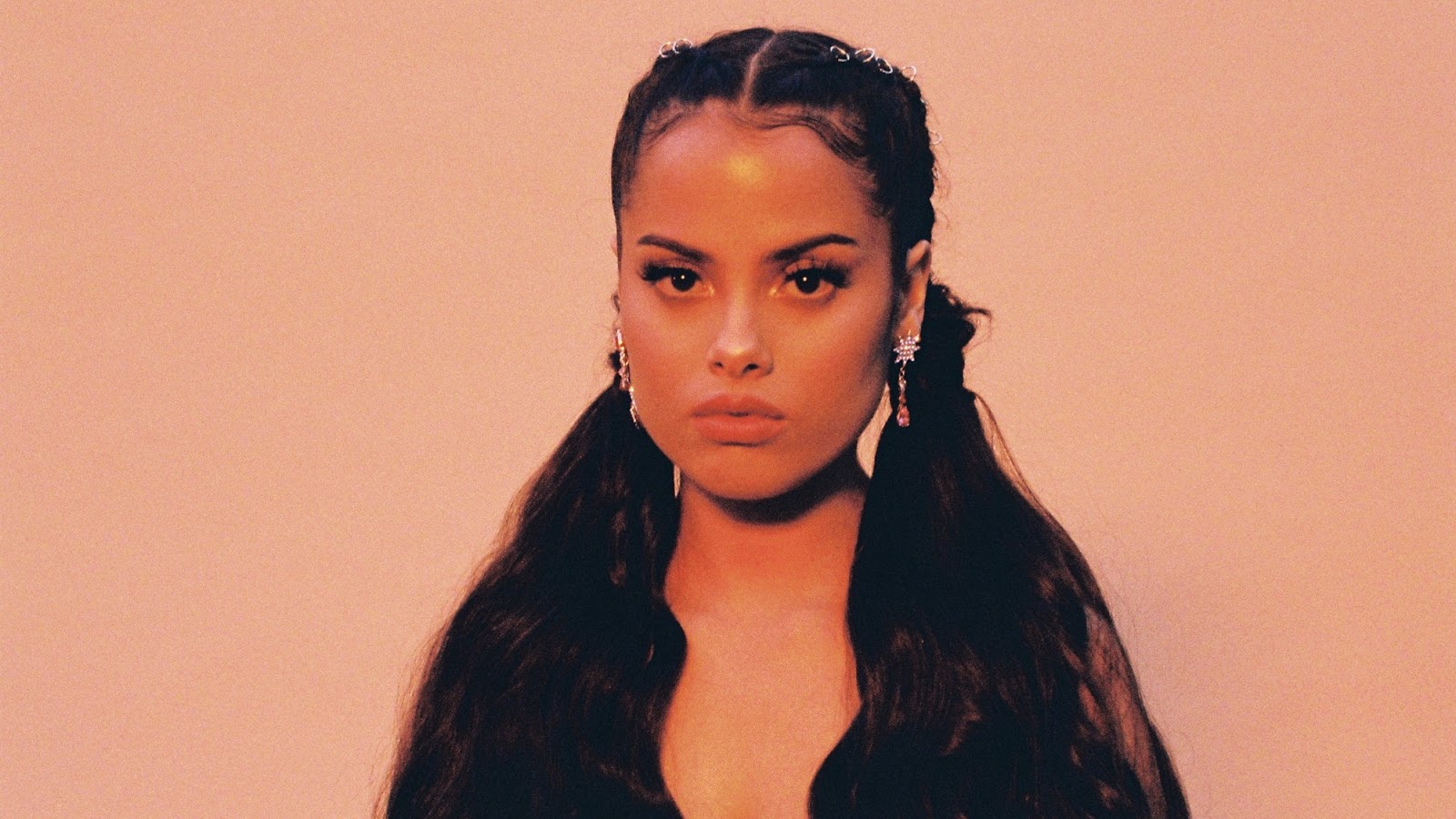 Fresh off the release of her latest single ‘Can’t Relate’, Kymie will be bringing her unique R&B groove to BIGSOUND this year. Off the back of her empowering anthem ‘NEEDS’, ‘Can’t Relate’ was produced by Kwame and premiered via triple j Unearthed, scoring adds in Spotify’s ‘New Music Friday’ and ‘The Drip’ as well as Apple’s ‘Best of the Week’, 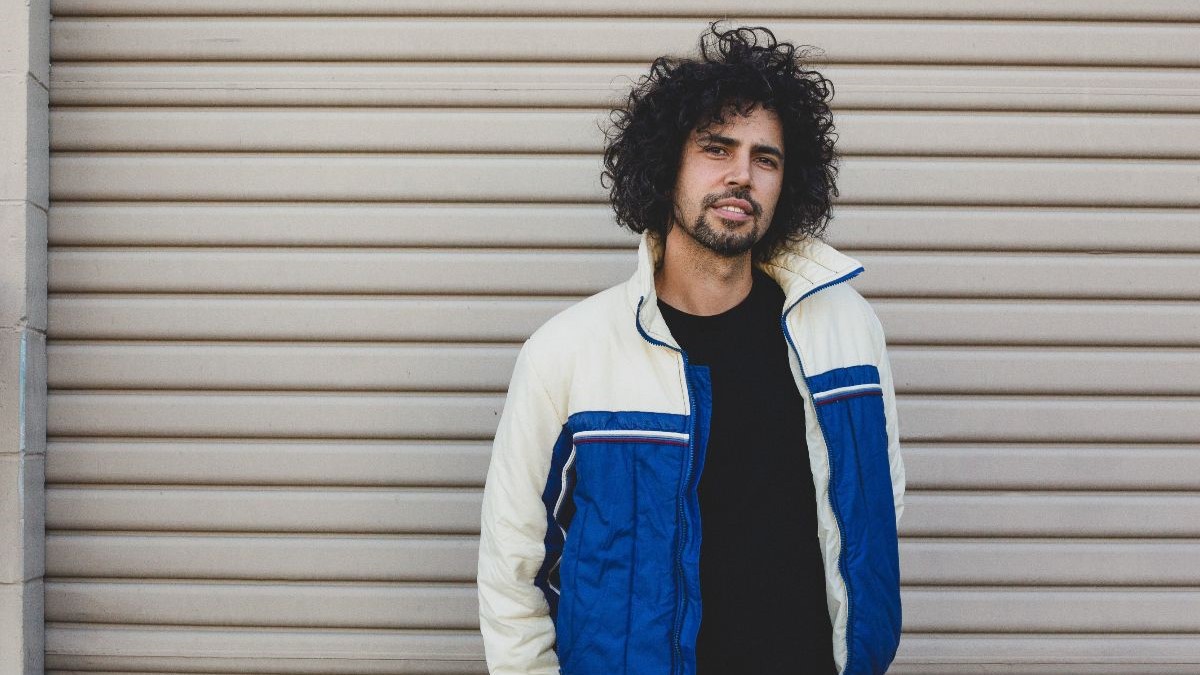 Gearing up to support Xavier Rudd in the USA and Canada in September, as well as Busby Marou on their national tour in October, Bobby Alu will be giving us a taste of his new album Flow at BIGSOUND. 2018 was a huge year for Alu, he performed at the Commonwealth Games Opening Ceremony, completed a 24-date Australasian headline tour and 26 house concerts as well as supporting John Butler Trio in Europe. 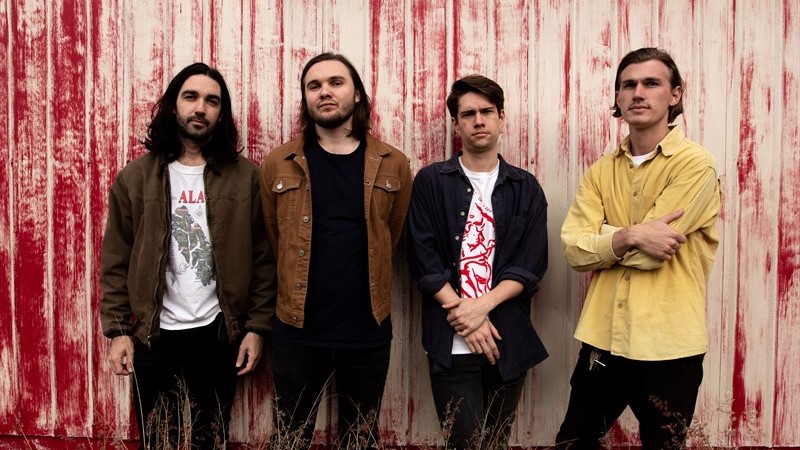 Following the release of their anthemic latest single, ‘Fall In Line’, the Brisbane four-piece is gearing up to impress their hometown with two showcases at BIGSOUND 2019. Having gained a reputation for their compelling live show, Future Haunts have supported the likes of Middle Kids, Hockey Dad, Horror My Friend and Bad//Dreems and are set to impress with two showcases at BIGSOUND 2019. 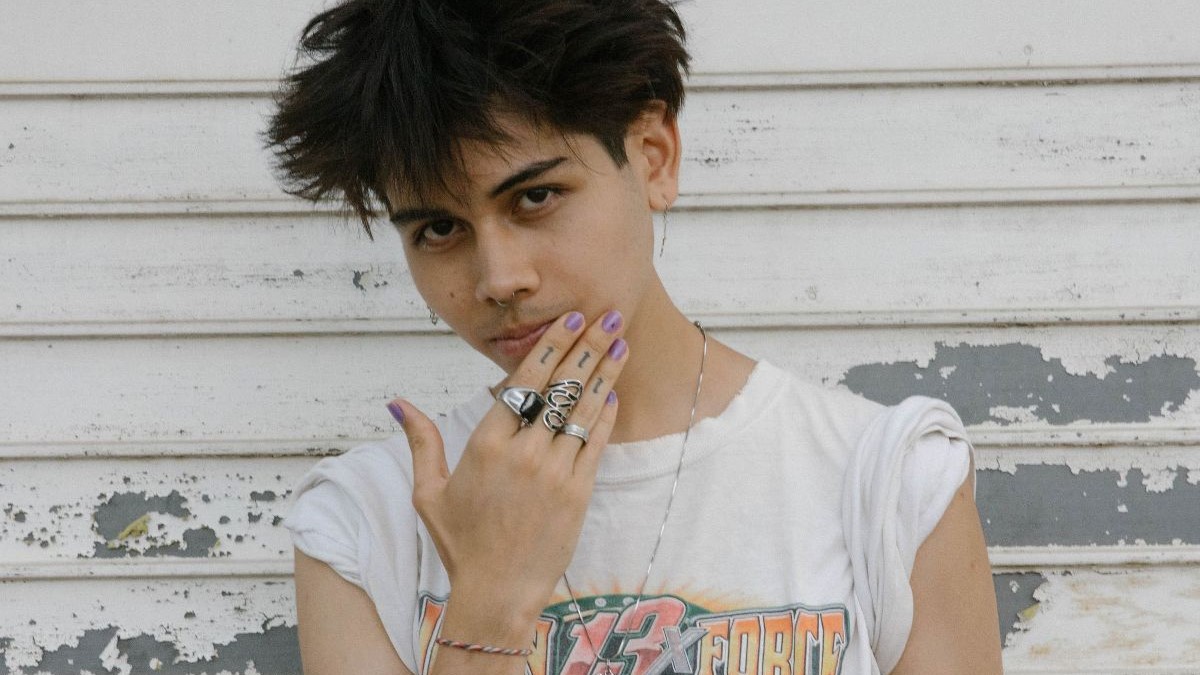 Winning the hearts of bedroom-dwelling romantics with his debut EP, Until The Children Grow Old, Sunshine Coast singer-songwriter Chakra Efendi will be charming BIGSOUND audiences with his must-see live show. His songs have seen strong online and radio support with adds to FBi rotation, play on triple j's Home & Hosed, Double J, a spot on Spotify's 'Chords + Cardigans' playlist, a spotlight feature on Bandcamp's ‘New and Notable’ as well as backing from LNWY, MTV and rage. 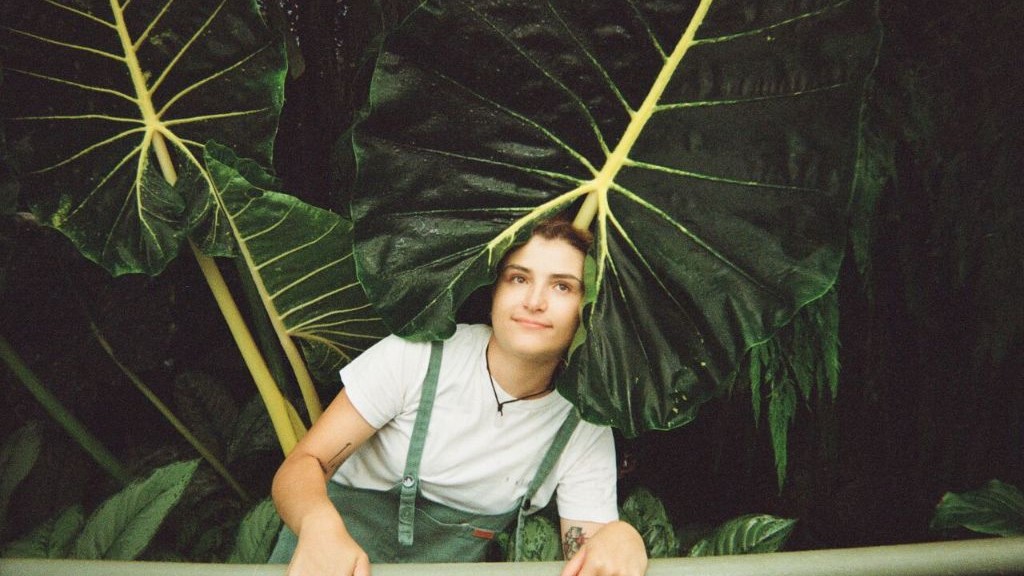 Brisbane singer-songwriter Hope D graced us with 'Swim', the first cut of forthcoming debut EP, earlier this year. With just under 100k streams on Spotify, the single was added to triple j Unearthed’s Best New Music playlist and earned rave reviews from triple j presenters. Hope D has honed her live show over the Brisbane circuit, and will be treating us to two magical sets at BIGSOUND. 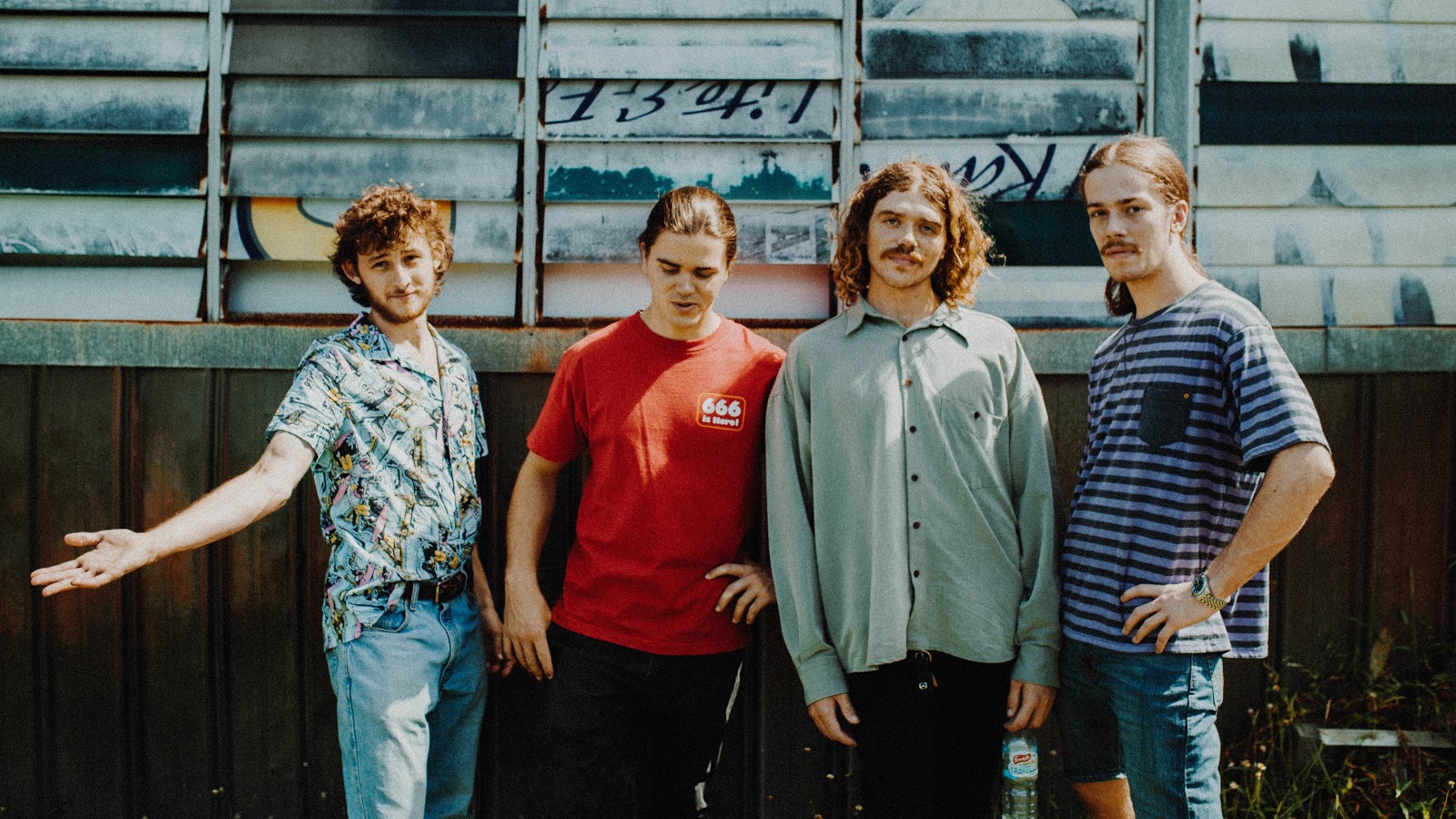 Brisbane-based four-piece Concrete Surfers released their second EP My Life On Repeat earlier this year, full of energetic cement-punk bangers and their signature forward thinking lyrics. With over 250k streams on Spotify, triple j airplay and rave reviews all round, Concrete Surfers have truly been making waves this year. 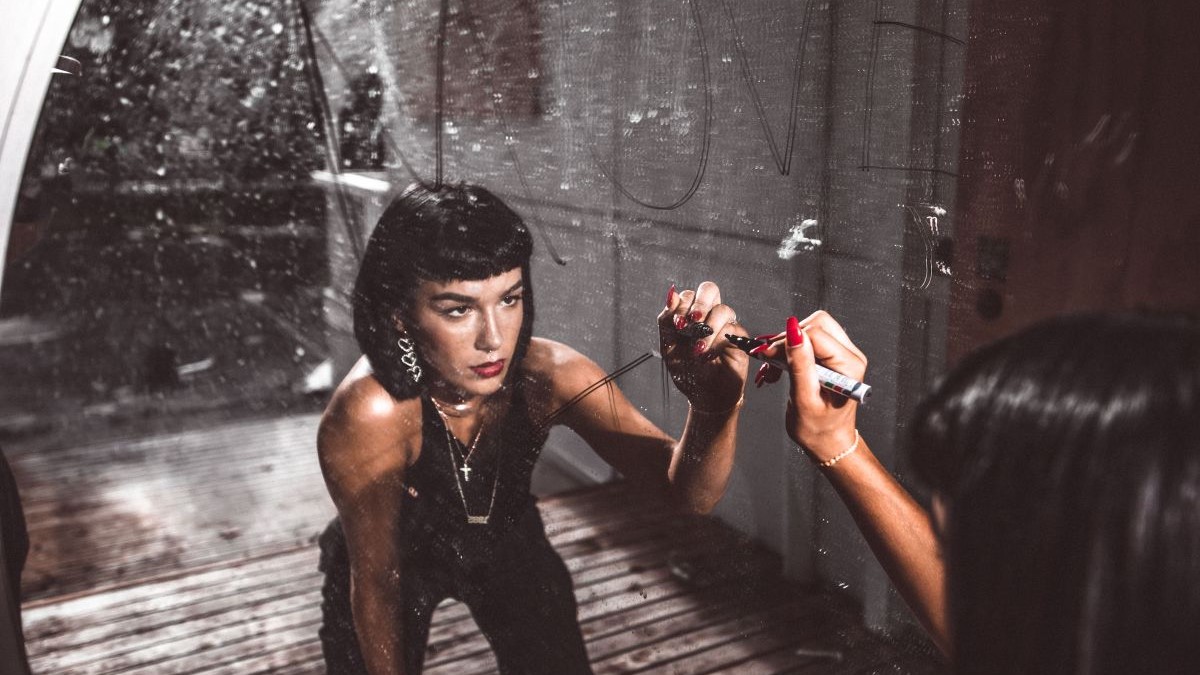 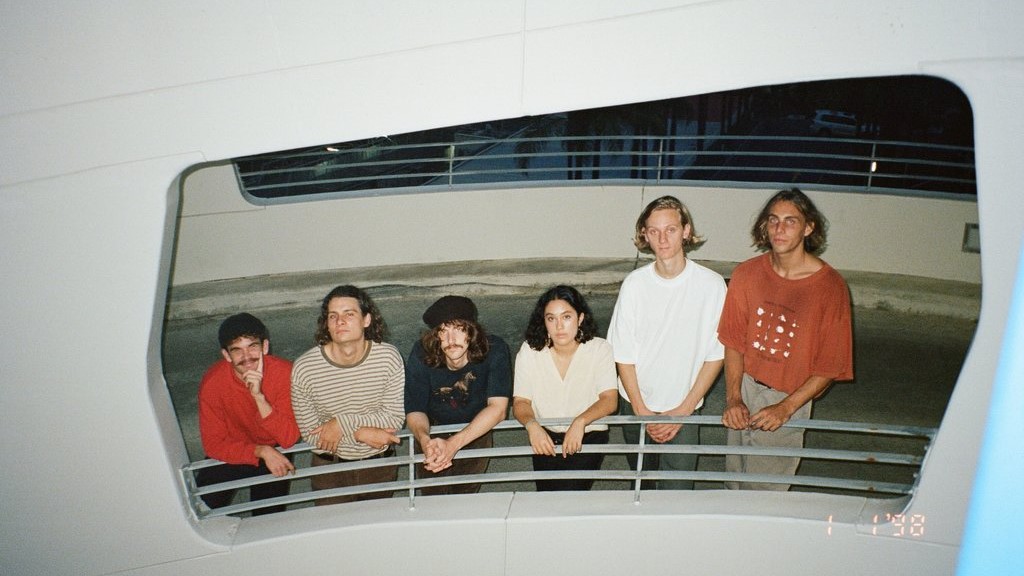 First Beige are no strangers to the stage, with the six-piece making a name for themselves within the Brisbane music scene as a formidable, dynamic live band and supporting the likes of Sweater Curse and Harvey Sutherland. Their latest single, ‘Details’, saw playlist adds on Spotify, a premiere with Belgian tastemakers HighClouds, and airplay on triple j Unearthed. 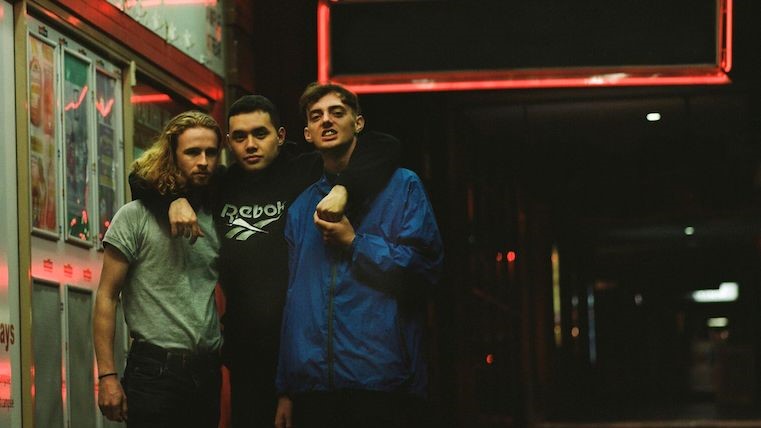 Shady Nasty are a Sydney-based trio which formed in 2015, creating a dynamic experiment that draws from alternative forms of punk and hip-hop coupled with a raucous live show. Supporting The Rubens and Milan Ring later this year, Shady Nasty have some new material ready for release before BIGSOUND. 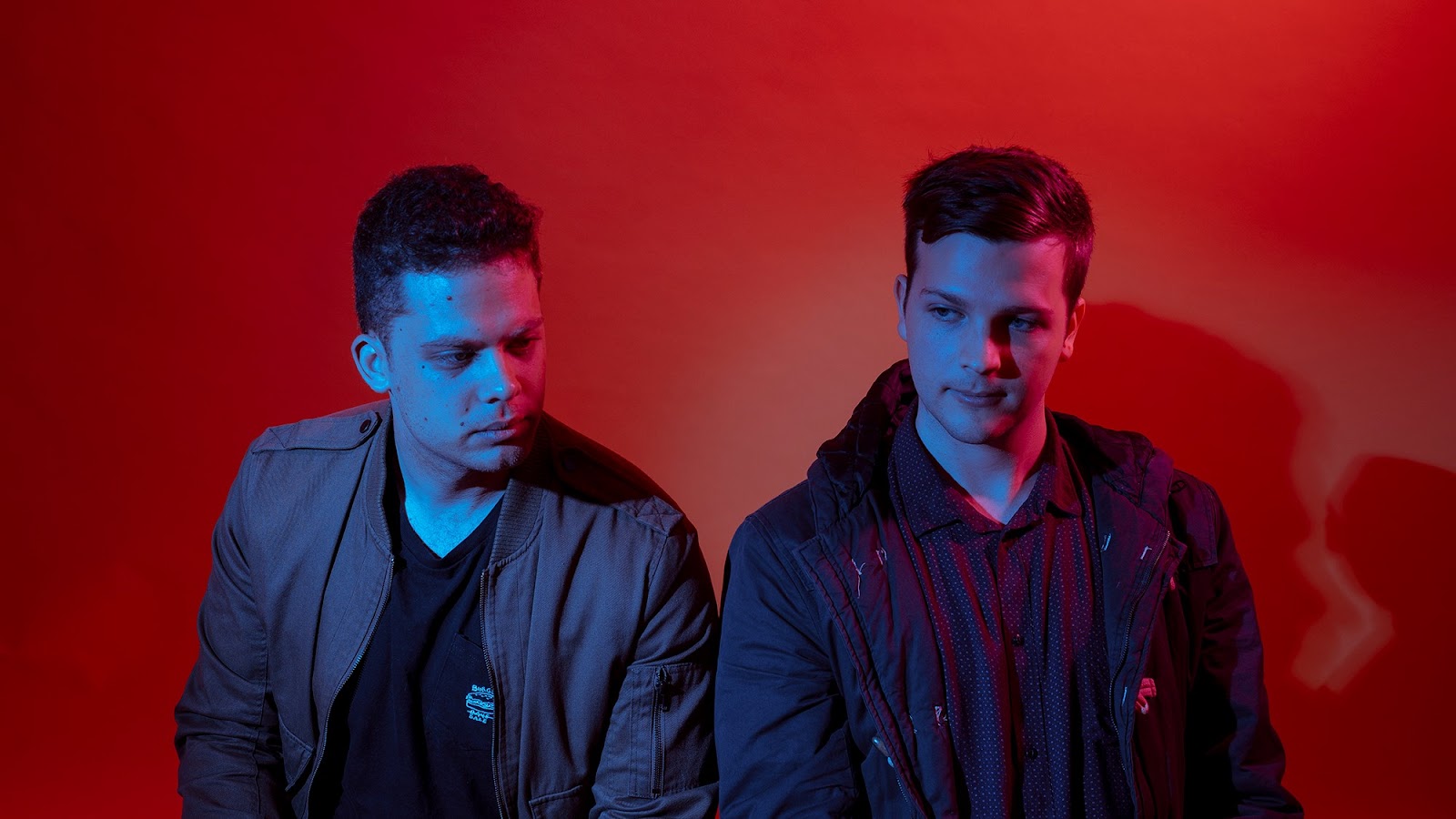 Friends since high-school in bayside Brisbane, electronic music duo Dream Coast take the listener on a journey through their swirling, synth-washed soundscape. Fresh off the back of a slot at Arcadia festival and a club tour to road-test new material, the duo are currently in the thick of recording dance-heavy new material. 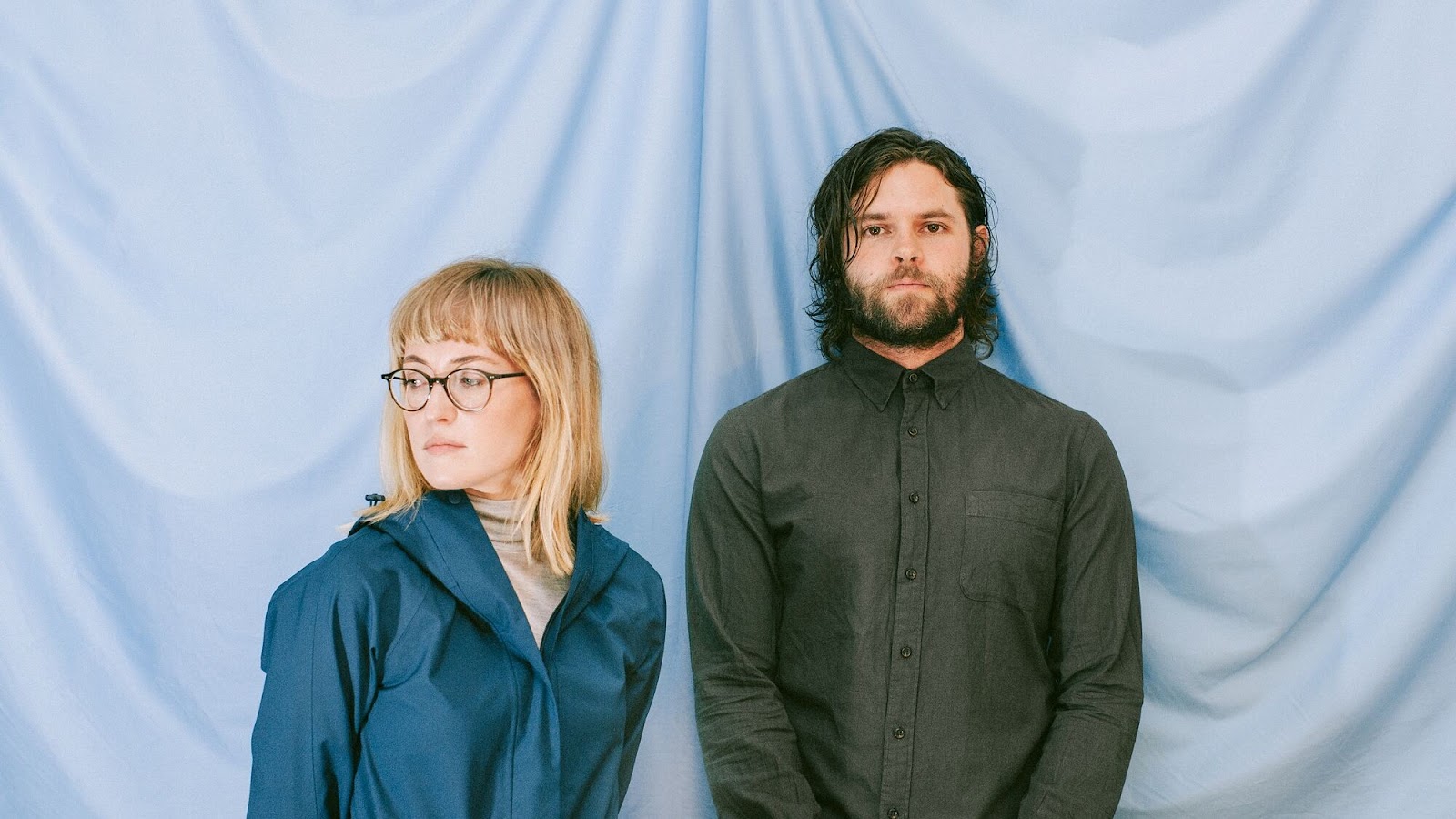 Drawing influence from artists like The Avalanches, Beach House and J Dilla, Holiday Party builds songs with homemade samples, creating junkyard pop music. 2019 has been a quiet year for the duo, but they’re ready to make themselves heard at their second BIGSOUND appearance. 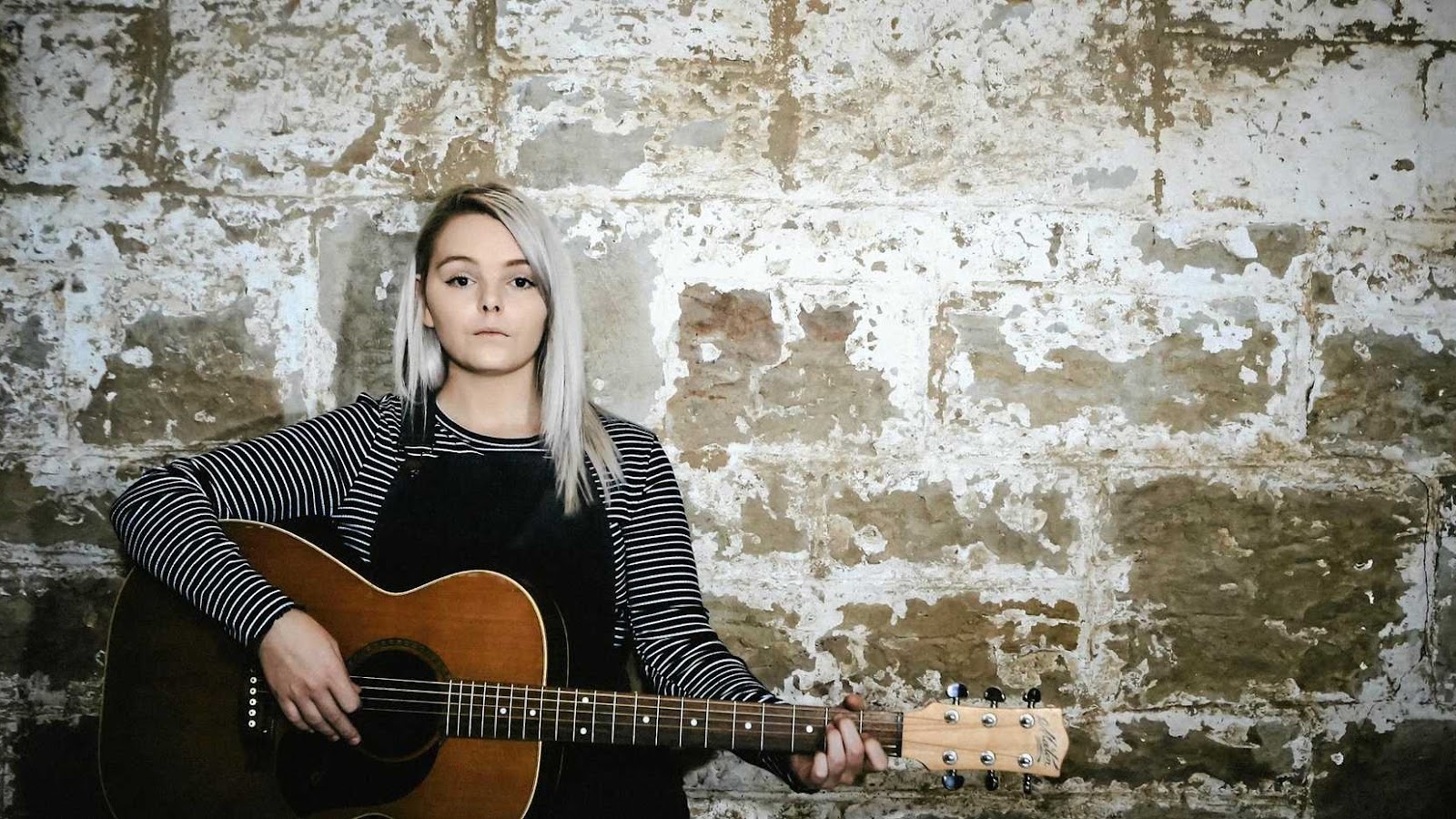 Leonie Kingdom is an emerging Indie-Pop Artist from Brisbane, Australia. Leonie’s Style could be described as emotional, dark, and even haunting. To date, Leonie has performed at Tamworth Music Festival, the Gympie Muster, Heart of Gold International Film Festival, Queenscliff Music Festival, Spirit of Bundaberg Festival and more. 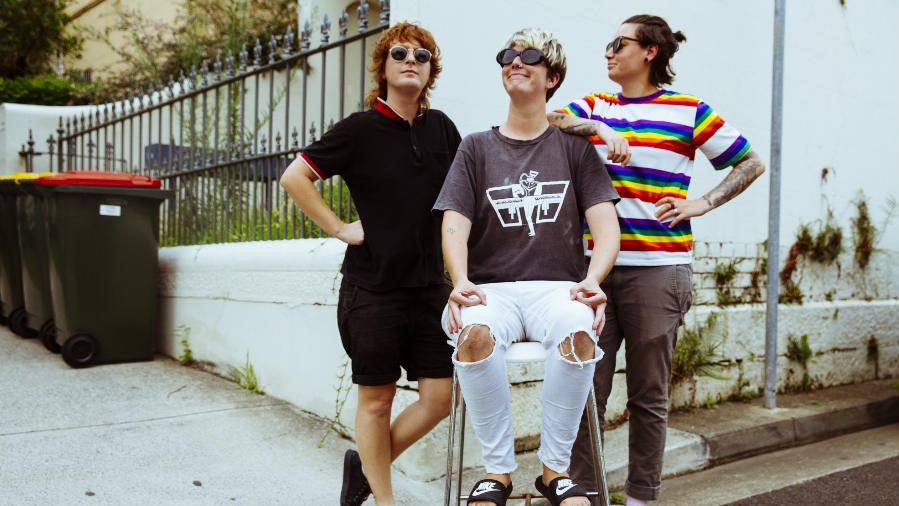 Newtown’s self-proclaimed shittest band are a driving force behind Australia’s punk scene. Over the past 12 months SCABZ have toured relentlessly,with standout appearances at Yours And Owls, Pool House Party, Mountain Sounds (rip) Festival of the Sun and Bad Friday proving they can be politically charged, grating and funny as ever regardless of the stage. 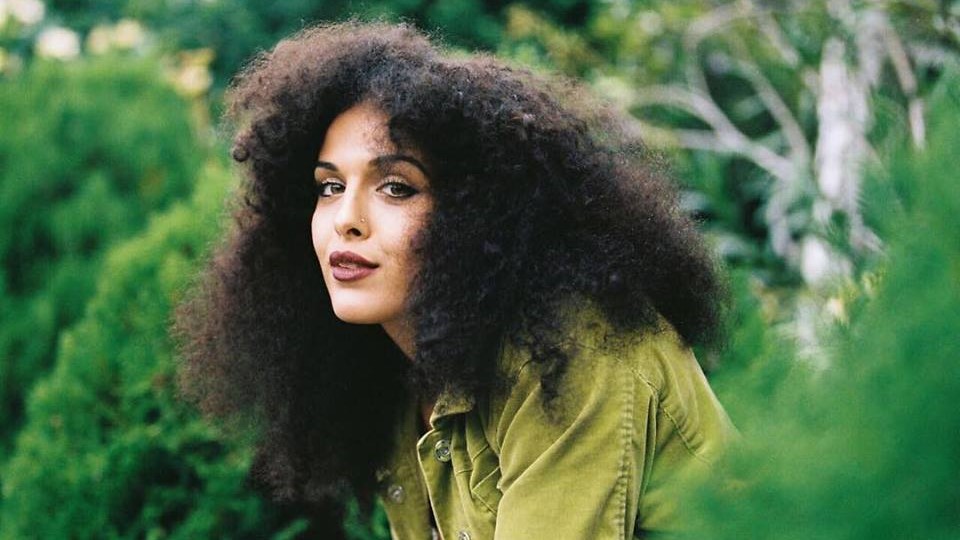 Mariam Sawires sound blends splashes of soul and R&B with jazz, electronic production and Arabic influences, all uplifted by her angelic vocals. Although her debut single ‘Choose’ was only recently released, Sawires has a lifelong history in music. 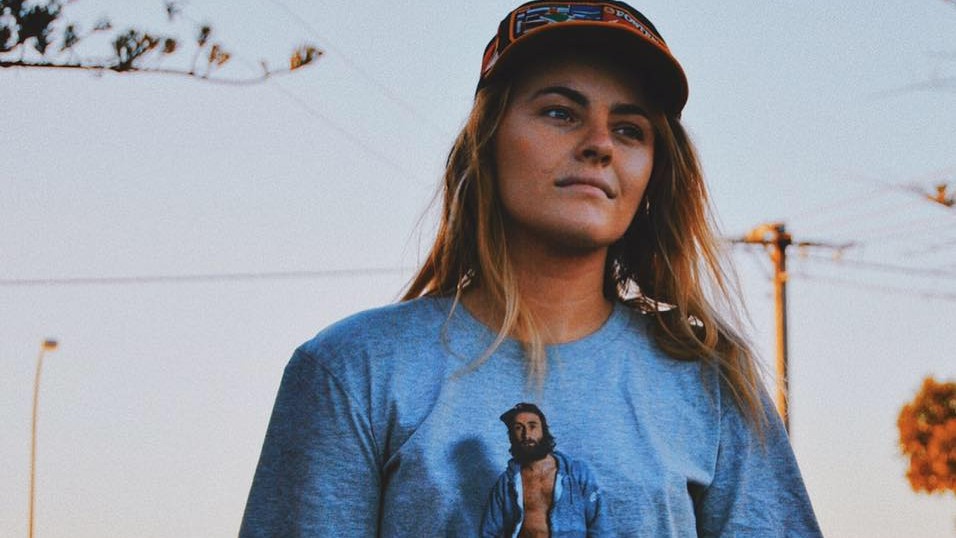 Alana Jagt's dynamic, warmly-weathered voice has captivated audiences throughout her career. Her work blends indie pop and rock with moody alt-country and Motown groove. Since releasing her debut EP Wilderness (2017), Alana has played acclaimed festivals such as Handpicked Festival and Scouted, also supporting the likes of Didirri, Jamie Hutchings, Abbie May and Kasey Chambers. 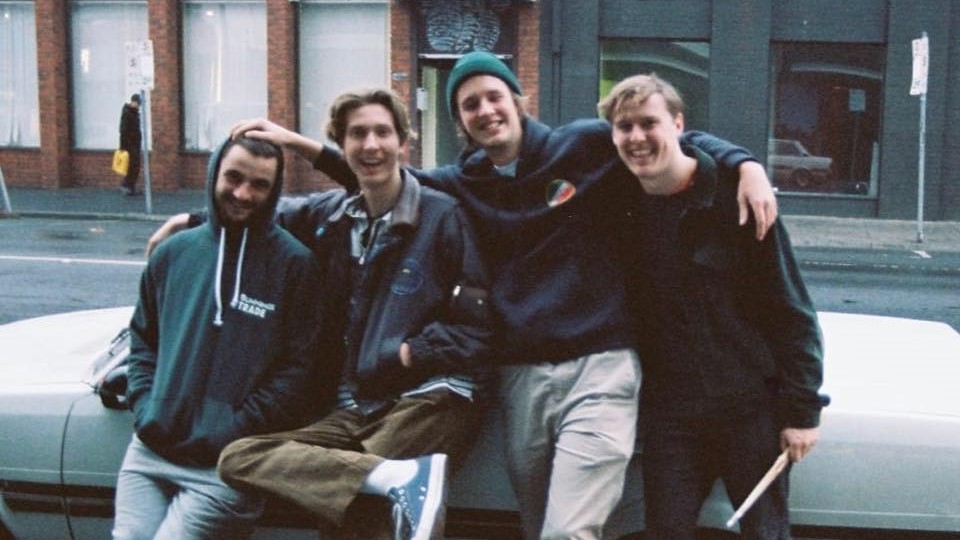 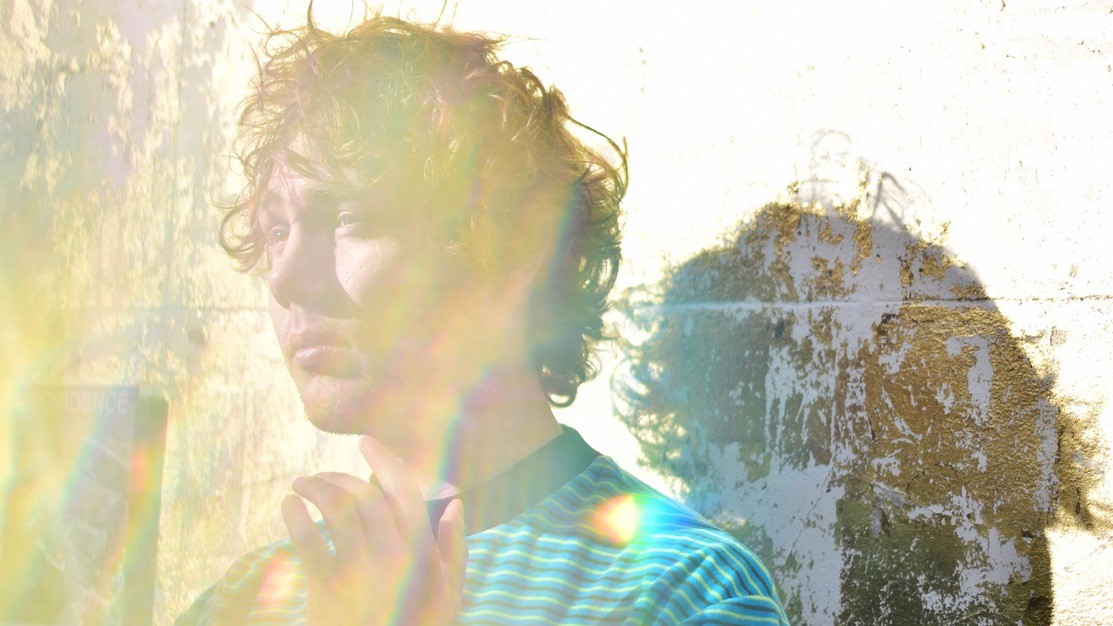 Fletcher Gull is an indie/alternative act from south coast NSW. A residency throughout July at Swamplands in Melbourne and an intimate appearance at Old Bar has seen Fletcher Gull and his band debut and refine their live show before an anticipated set of showcases at BIGSOUND.

We hope this makes your scheduling a little easier. See you at BIGSOUND!